Use the Tournaments screen shown below to create and manage tournaments. The important fields are described below. It links to the Add/Edit Tournament screen 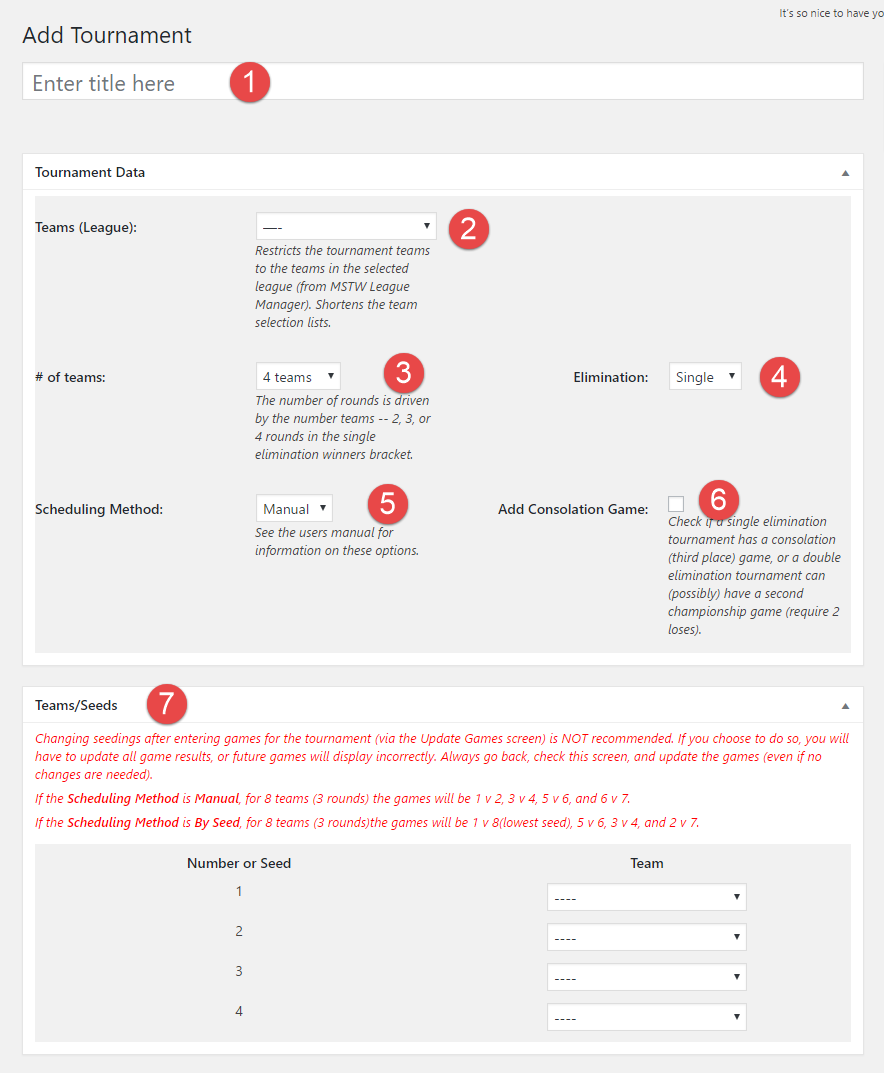