The game status is displayed in schedule sliders and tickers, and in schedule tables as a collection of columns. (See the screenshots at the bottom of this page.) In general, game status has three possible “states”::

Note that in all three cases the location of the above information varies based on the display (shortcode) – table, slider, ticker, or gallery.

As of Version 2.3, there are three additional fields in the Edit Game screen, which impact the Game Status display as described below. (Click on any image to enlarge it.) 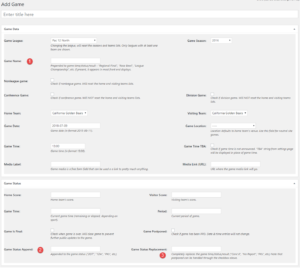 The actual placement of these strings varies with the schedule display, as shown below. KEY: 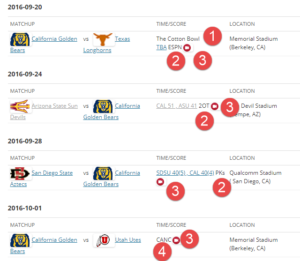 There is a setting (in the Schedules tab) to link the game time/status to the game page, regardless of the “state” of the game. A sample game page is shown below: 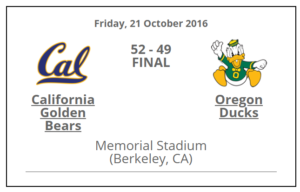 Note that this page is automatically generated by the plugin. There is no need to create a page in the site admin dashboard.