Use the Edit Team screen to add teams or edit existing teams. Notes on some of the fields and actions are listed below and annotated on the screenshot. 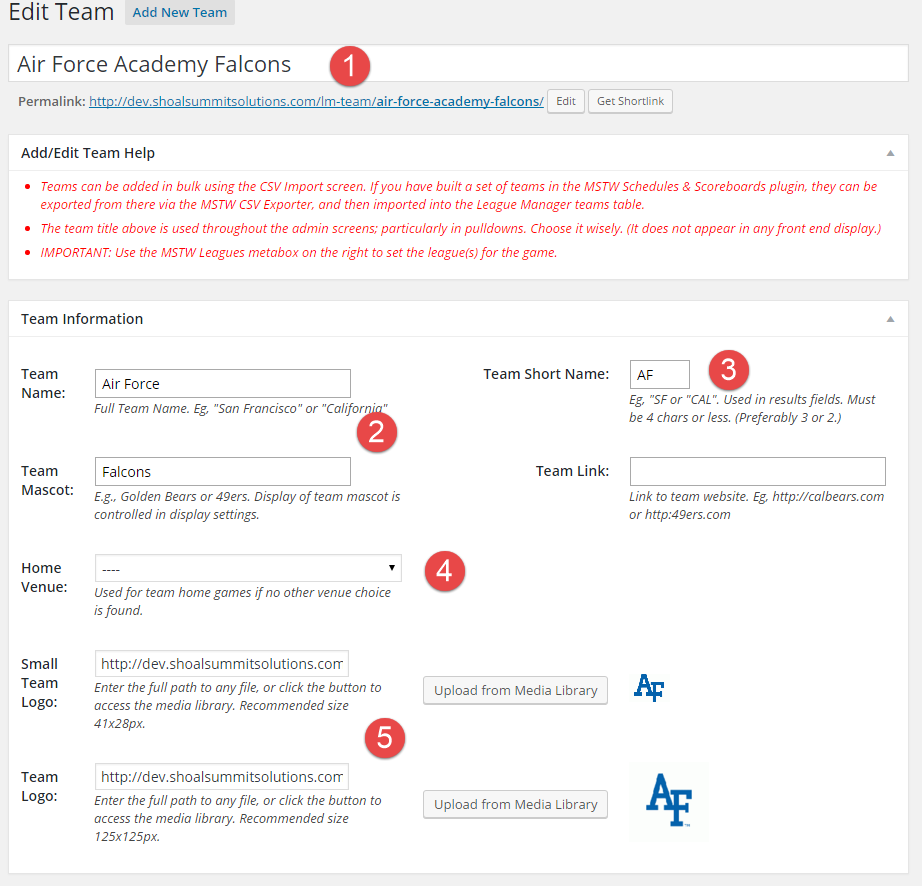