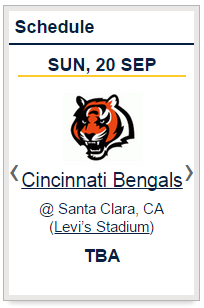 Version 1.3 of the Schedules & Scoreboards plugin was released today. It is largely a maintenance build, but it also provides a cool new feature for users/admins who write custom CSS rules for their site, and better control of home game styling.

HEY, wait a minute! I thought you were working on a really cool new Team Rosters release? Yup, I sure am. I reached the point where I needed to add the team color data fields, so I fixed the other issues ‘on the list’ while I was in there. Team Rosters is moving along with lots of cool new features, not to mention maybe one bug fix :). I’m still shooting for an early summer release. Look for a progress update in the next week or two.