A bug exists in version 1.0 if you have no venues in the database. It will cause the entries in the table to the right of the location column to be shifted right. The simple work around is to add one venue to the Venues Database. This will be corrected in version 1.1 of the plugin.

Use this screen to manage tournament game schedules and results, as described in the paragraphs below. (Click on the screenshot to enlarge it.) 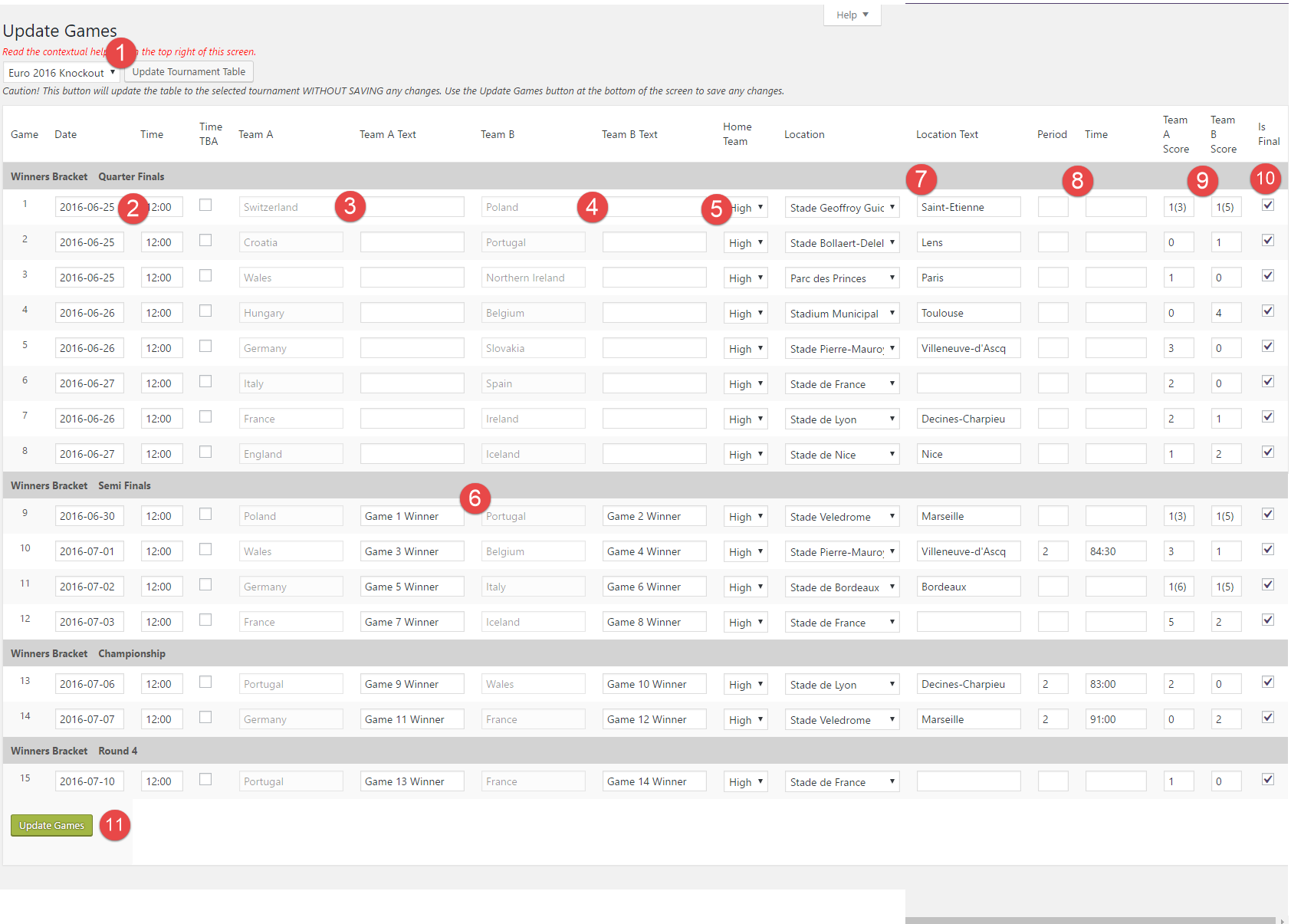 (2) Game Dates & Times.Set the game dates and times with these fields. Dates and times must be entered for all the games. The Time TBA checkbox displays the time as “TBA” if the time is not known. “TBA can be changed on the Settings Screen.

(3,4) Team & Team Text. (1st Round) The first round teams, Team A and Team B, are determined by the Teams/Seeds table on the Edit Tournament screen. If there are no entries in the Team/Seeds table, the teams may be entered in the Team Text fields. See (6) below.

(8) Period & (Game) Time. Enter the game period and game time (time remaining) for games in progress. These fields are not shown for games that have not started or scores marked as final.

(10) Is Final. Check this box to indicate that the scores are final. If teams have been entered in the tournament’s Teams/Seeds table, the winners (and losers) will flow down to future rounds in both the “winners” (and “losers”) brackets.

(11) Update Games. Updates the tournament database with the data entered in the table.