Venues, Teams, and Games can be imported in bulk via Comma Separated Value (CSV) files. CSV files can be created in Microsoft Excel, and saved in CSV format. Note that if you are working on a Mac, you need to save the files in PC format, NOT the native Mac format.

The following sample CSV files are provided as guides. If you are having problems uploading one of your files, first try to upload one of the sample files. [They work.] Then compare your file against with the sample file, and find what’s different.

The primary data fields and functions of the CSV Import screen are annotated on the screenshot, and described below it. 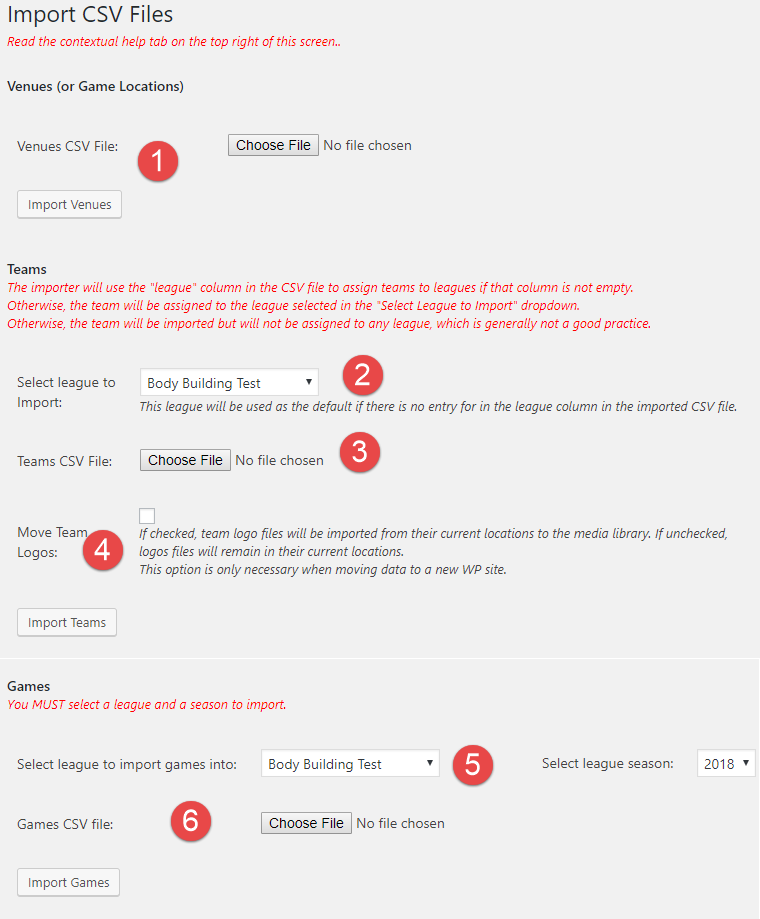