The Leagues screen is the first stop when using the plugin. Without at least one league, nothing happens. Leagues are not “hierarchical” on this screen, but design of the site’s leagues should be considered carefully. Based on the chosen setup, league standings and schedules can then be displayed very flexibly since each shortcode accepts multiple leagues. Generally speaking, add only the lowest level leagues. For example, one might add the lowest level leagues for the NHL: Atlantic, Metropolitan, Central, and Pacific. Schedules can then be displayed for each of those leagues, the Eastern and Western Conferences, and the entire NHL.

The primary data fields are described below and annotated in the screenshot. 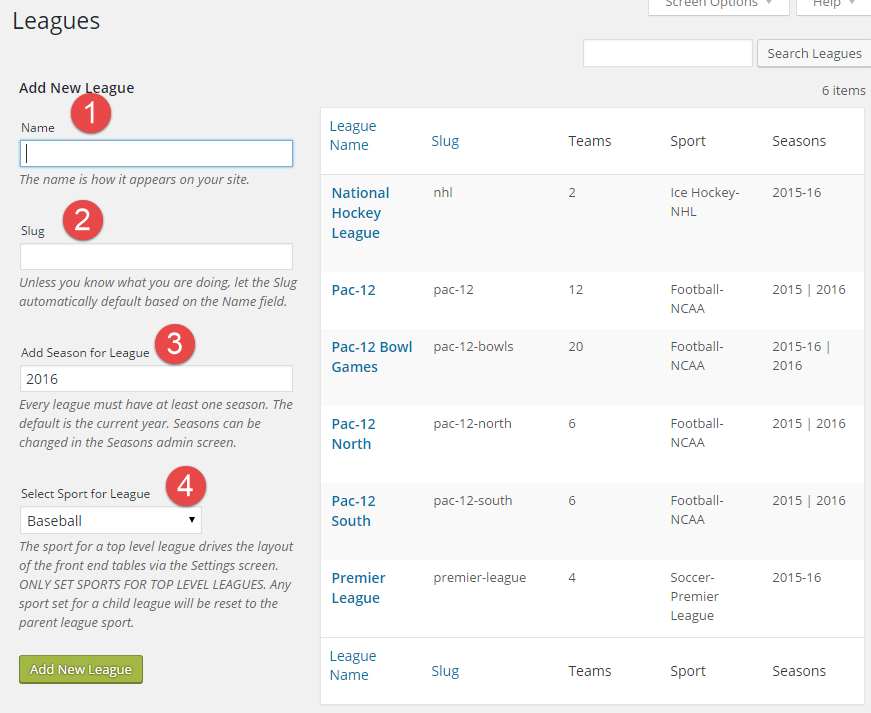