The Manage Games screen provides a view into, and is the gateway to edit the Games database. Notes on some of the fields and actions are listed below, and annotated on the screenshot that follows. 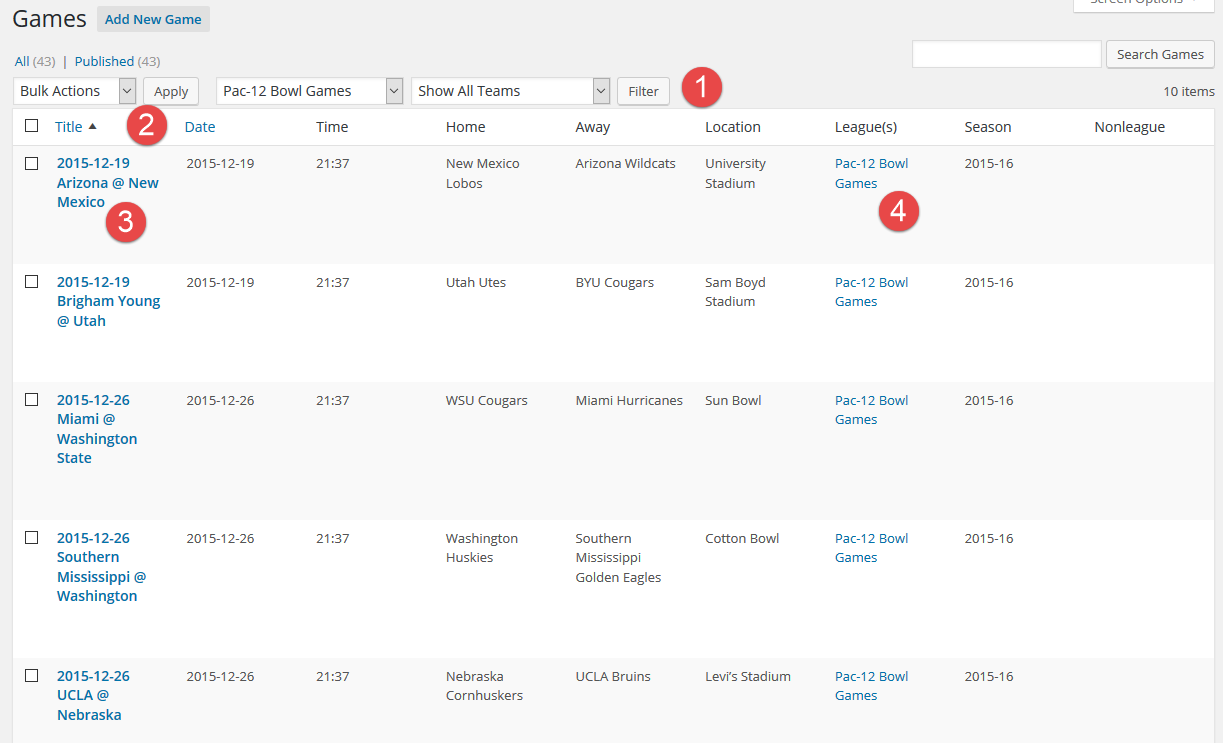