Team Rosters version 4.0 is on schedule for a late spring release. This update has a few front end enhancements, but the focus is on ‘admin issues’, specifically integration other MSTW plugins and increased customization options.

I am making the following tutorials available to the MSTW mailing list as pre-release peek at version 4.0. They are a bit long, so you may want to read the text, save the email, and come back to the videos when you are upgrading to Team Rosters version 4.0. They will also be available to Gold Support Members on the shoalsummitsolutions.com Support -> Tutorials page.

There are three ways to customize the colors in the Team Rosters v4.0 plugin: the colors tab on the Settings admin page, writing custom CSS rules where the stylesheet can now be in the theme/child theme directory, and a new setting to automatically set the table colors from the MSTW Schedules & Scoreboards teams database.

The default Single Player and Player Gallery templates are located in the plugin’s /theme-templates/ directory. Usually, only some CSS modifications are required to make these templates “fit” in a theme. Occasionally, these templates require code modifications to meet a sites requirements. In version 4.0, the plugin’s default templates never need to be modified. Rather, one should create custom templates in the theme’s (or child theme’s) main directory. By doing so, the customizations are not overwritten when a plugin update is loaded. If a child theme is used, they are not overwritten by a theme update either.

where 10 is the priority of the filter call to my_user_capability_callback and 2 is the number of arguments the callback will receive (see below). PLEASE DO NOT SET THE PRIORITY HIGHER THAN 10, which is the default. That is, use 10 and above, 1-9 are reserved for the MSTW Framework and your code may produce unexpected results if you use them.

The ‘filter for’ values for the `mstw_gs_user_capability` hook (as of version 4.0 ) are:

1. You don’t need to create any pages.

2. Create schedules using Game Schedules. I recommend that you use schedule IDs that are a single word rather than multiple word schedule IDs. For example, ‘2013-varsity-football’ rather than ‘2013 Varsity Football’.

3. Add menu items for your schedules using the Appearance->Menus screen. Menu items should be entered as CUSTOM LINKS  using the following format

Note that you cannot use spaces in the sched and title arguments (due to some vagaries of WordPress security, I guess). So I used the %20 code to add spaces to “My Team Schedule” above. The same method will work for the sched argument should you decide to have spaces in your schedule IDs.

Of course if you want fancier customizations on your schedule pages you can always create a page for each schedule, add the Game Schedules shortcode, and fancy it up to your heart’s delight with custom HTML, PHP, and CSS. 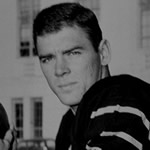 The Team Rosters plugin creates a custom post type (player), installs an editor for this post type, and provides a shortcode to display rosters as simple html tables. Players are assigned to team rosters using a custom taxonomy for teams. The plugin supports as many players and team rosters as you need.

A shortcode adds team rosters to your site in three tabular formats. A custom ‘single-player’ template displays an individual player in a ‘player bio’ format. The look of roster tables and player bios can be customized using the plugin’s settings or by editting the plugin’s stylesheet.

The plugin now supports a ‘gallery view’ of a team. Check out the Team Rosters plugin on the MSTW Development Site.

The next version will include the ability to upload teams from CSV formatted files, as well as a Spanish translation. The goal is to have these enhancements in place before the end of 2012. You can downloaded the Spanish translation files now. (Many thanks to Roberto in Madrid!)

Get the Team Rosters Plugin from WordPress.org.